Cooking with Chiles and Chocolate This Week's Class Now on Sale! 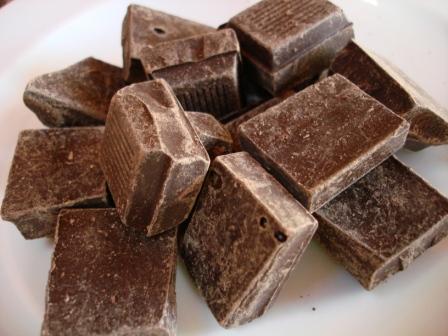 The Ancient Aztecs discovered the wonders of Chocolate eons ago.  The word chocolate in the Ancient Aztec tongue meant bitter water.  According to historians, the chocolate and water drink was only taken by men, when going to battle. And chocolate in those days was made with water and if available--cinnamon was added to make it more palatable.  And, initially the only source of cinnamon was southern China, which verifies the Bering Strait history--that immigrants could walk across the Bering Strait.

If cinnamon was not available, ground chiles were used.  Chinese cinnamon has quite a "tang or piquancy" similar to the candy, red hots.  Now,  those special pine trees yielding the bark that cinnamon is made from are growing in Vietnam and the high quality cinnamon is called Saigon Cinnamon. 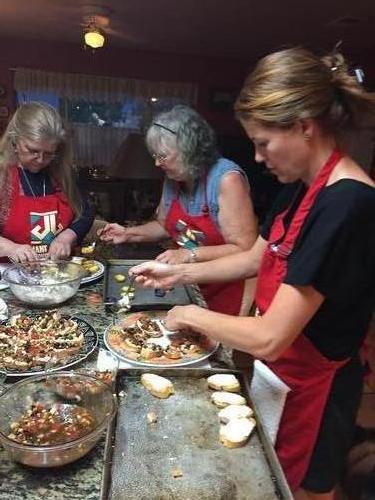 To have fun learning to pair chiles with chocolate--take a break and come cook with us in our Chiles and Chocolate class this coming Thursday evening at 5 PM.   I have placed the class on a 20% off special, so you'll want to register soon to gain your place.

More and more is being studied and written about the benefits of eating chocolate.  (And we already know that eating chiles benefit our bodies in countless ways.)   So learning to pair chile and chocolate is "twice as nice".  A Norwegian study of older people  who regularly consumed flavonoid-rich foods, like chocolate, tea, and wine performed better on several mental tests.   The optimum amount of chocolate to benefit one is 10 grams or 1/3 of an ounce each day.  You might remember the optimum amount of chile to consume 2/3 of the time is only 1/2 teaspoon of the hottest chile you can endure.  So why not pair them?

The bottom line benefit of eating chocolate is that it boosts the blood flow to the brain--delivering more oxygen and nutrients for your brain cells.  Exercise compounds the benefits of chocolate.  Studies have shown that drinking lots of cocoa or eating chocolate have much lower risks of death from heart disease, stroke, cancer and diabetes.

So take a break and come cook with us!

I am getting quite a few requests for online and Zoom classes--both of which would be full participation.  The Zoom classes could just be watched if preferred.   I would like to hear your thoughts and interest.

The Oaxaca Culinary Tour, our weekend and week long classes are still set for registration as are our next day classes--Party Appetizers on July 23and another Barbeque class on August 6.

One fun to make recipe from the class is my Hot Fudge Taco.  I am sharing the recipe with you now--

I got this idea from the chef for the Chandler Arizona Sheraton grand opening where I was invited to do  Cooking Demonstrations for the initial open house many years ago.  I took this idea and created my own version for my restaurant, The Pecos River Café,  I owned in New York City, NY.  You can use multi flavors of ice cream or just vanilla.  It is a fun and attractive dessert.

3 to 4 inches of deep vegetable oil for frying

Create 2 medium sized or 3 small balls of ice cream  and place in the taco.  Drizzle the Hot Fudge sauce over the ice cream—allowing some to flow down the sides of the taco. Top with a dollop of whipped cream and a maraschino cherry.

If Mexican chocolate is unavailable, try this fudge sauce. Store leftover sauce in a covered container in the refrigerator. If the sauce becomes too thick, thin it slightly by adding a little boiling water.

2. Add chocolate and stir until melted. Beat until smooth. (If sauce has a slightly curdled appearance, beat vigorously; it will become creamy smooth.)