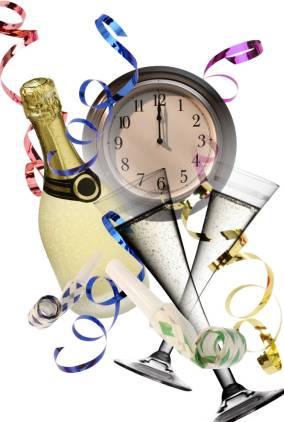 This week is like a gift of time--great for p[anning as well as for reflection on the year that is almost  history.  For those who are in  and recovering from the "storm of the century"...I pray that you will soon be able to get your life  back to normal.

I can remember some  record setting snow storms that I got caught up in over the Christmas holidays.  As a child, living on a  Kansas farm, when I was in grade school, the snow was so deep, my Father had to rescue the shorter legged animals who could not negotiate the deep, deep snow, almost chest high in the drifts.   My brother and I thought it was great fun to build snow houses by digging into a drift next to a ravine where we could get out of the bitter cold.

In 1977, I was caught in Washington D.C., on a  business trip and the roads were impassable.  I finally got over to the train station where I managed to get on a train to New York City where I lived.  Once in New York, the next challenge was to get home.  The subway was the only answer, but it  only took took me 4 blocks from my apartment, where I had to walk the rest. The snow was almost waist high to wade 4 blocks to my apartment.

This year, we lucked out.  Where we live, along the Rio Grande valley protected from a huge, almost  11,000 foot high  mountain to the east  and steep hills to the west, the storm "hop scotched" over us.

We got to enjoy Christmas as usual with Stollen and champagne while opening gifts and then I prepared a "Dickensonian" dinner of  a Roasted Prime Rib  of beef, Yorkshire pudding and all the trimmings.   Sorry--no chile or chili this day.

I hope those of you who are still  trying to get home, soon get there and can get settled for a Happy New Year to start 2023.

Here in New Mexico,  the traditional fare for New Year's is Posole and Tamales-- recipes I have given to you and am including again for your convenience. 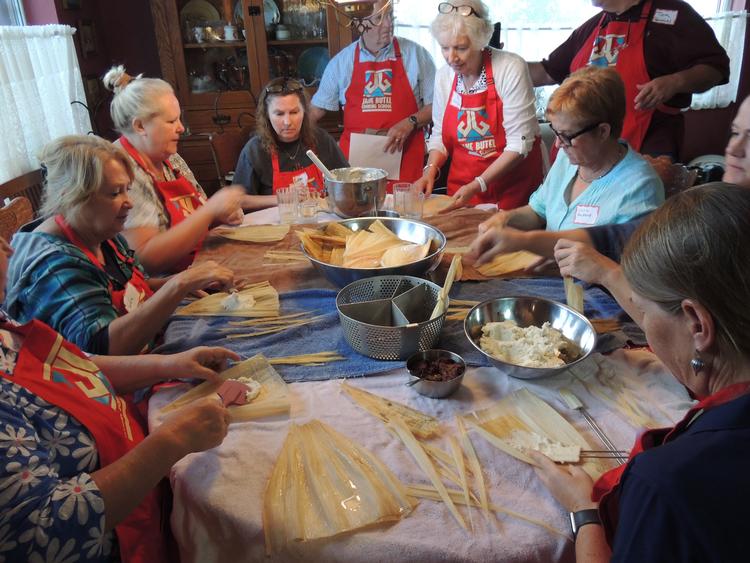 I would love to have you join us for our January classes and I will be extending the special Christmas pricing until January 2, 2023--January 12, we have Take a Tortilla and ...  On Tuesday,  January 17, we have Taco Party and on  Thursday,     January 26 we are presenting Chile and Chocolate, a Delicious  Marriage.

All of our classes are 100% full participation so you can really learn the techniques of the foods being prepared.  Then you always get to enjoy the foods of your labors with a bountiful meal complete with the beverage of your choice including wines and beers.

We also have a learning video for sale for making these tamales.

These were my Mother’s all-time favorite tamales. They are delicious, especially when served with the red chile sauce recipe that follows.

1. Simmer the meat in just enough beef boullion or beef broth to cover and cook until tender. Reserve the stock. Cut the meat in very small cubes or chop in a food processor. In a heavy skillet, brown the meat in the butter.

2. After the meat has browned, add the garlic and cook for about 2 minutes. Remove pan from heat, cool slightly and add the ground chile. Season with salt and oregano. Add a cup of meat stock and simmer the sauce uncovered, stirring regularly for 15 to 20 minutes. Continue to add stock little by little as it blends in to make a thick, smooth filling. The balance of the stock can be used in making the red chile sauce.

1. Add 3-1/2 cups warm water to the masa to make a very thick mixture that holds together. Immediately add ½ cup cool water and mix in with your hands to prevent any lumps from forming. Continue to periodically add COLD water, about ¼ cup at a time until the masa is the texture of pudding.

1. Soak the corn husks in hot water until soft and pliable. Cool to room temperature before rolling the tamales.

2. Spread about 2 tablespoons of masa mixture on each softened corn husk, making a rectangle about 3 by 4 inches and leaving at least a 2-inch margin of husk around the edges. Next, place a strip of the meat filling in a strip down the center of each tamale, being careful not to place too much filling in each.

3. Twist the top of the tamale and tie with a bow. Fold the bottom of the husk up and loosely tie the bottom end with a strip of corn husk. If you plan to freeze the tamales, do so at this point, before steaming them.

4. Stand the tamales upright on a rack with the bottom or wide end down in a large kettle or pressure cooker. Before the rack is completely filled, add water to wick up about 1/4-inch into the rack. Steam the tamales in a conventional steamer for 45 minutes, or in a pressure cooker under 15 pounds pressure for 20 minutes. Serve with sauce, either the thinned meat filling in this recipe or the Red Chile Sauce.

Note: Any leftover masa or meat mixture can be frozen. Leftover filling can be added to the Red Chile Sauce. The steamed tamales can also be frozen. Each can be frozen for up to a year!

1. Simmer the posole in unseasoned water until it becomes soft and the kernels have burst open; it usually requires 1-1/2 to 2 hours.  Stir occasionally  and make sure the water level is at least an inch tabovehe kernels.