Spice It UP--Classic Recipes with a Bit of Spark

Whooppee!  My computer is working and the updates did not break it. 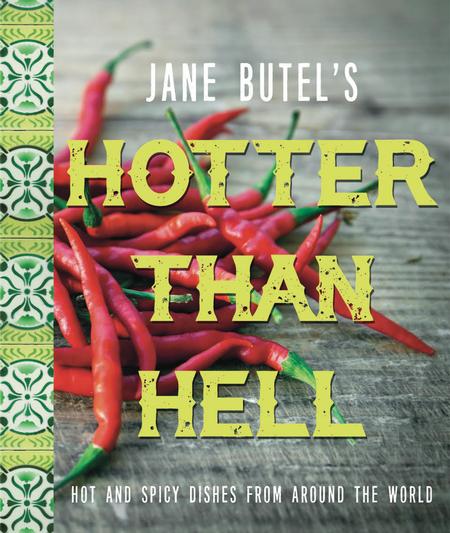 Spices of all kinds make foods and eating lots more fun.  I like playing with herbs, spices and most of all chiles to see what a dash, a pinch or a scoop can do to make a dish more fun to eat than just plain and simple.  I had lots of fun developing recipes for my "Hotter Than Hell" cookbook, which became an immediate best-seller.

In addition to spicing up main and side dishes, I invited three of the outstanding bar tenders from famous bars on New York City's upper east side to create new, different and fun to drink cocktails which comprise the beverage section of the book.  I am discounting the book for you this week to just $15.00 for the third edition, autographed, which came out again recently.

Our Chile and Chocolate class on April 23 features what I have been talking about--adding chiles to chocolate really make the dish very special--and we are making an assortment of very yummy confections.  There are very few spaces left, so if you would like to join us--register soon while there is still space.  We also have a week-long class coming March 23-27 and the next weekend class is May 1-3, 2020.

For great baking, fresh spices are the best.  I am discounting our baking spices for you this week.  Our Saigon Ground Cinnamon, Anise Seed, Ground Coriander and whole Nutmegs are on sale for 20% off.  And the fresh spices make our Bizcochitos, (recipe follows) the state cookie of New Mexico very special.  These cookies were made over 100 years ago originally to celebrate the victory of Santa Ana's Army over Napoleon's on Cinco de Mayo.

I promised last week I would send along some of  my favorite romantic dishes, but my computer did not get fixed in time to get them to you for Valentines Day--so here they are...

This is my all-time favorite coq recipe, developed during my early years. Fired with caribe and flamed with cognac, it’s a fabulous dish with a perfect marriage of flavors, certain to be a hit with family and guests—though you may want to hoard it all for yourself! Since this stew is so robust, accompany it with a soothing side dish. And, never, ever waste a drop of the savory sauce; if you have any leftover, freeze it for later use. It’s wonderful in all kinds of stews.

Reprinted from the book “Hotter Then Hell”

Good quality chocolate is a must; bittersweet chocolate is preferred. The unexpected heat of this dessert comes from the spicy, red-hot cinnamon schnapps.

1 Tablespoon red-hot schnapps, or to taste

1. In a liquid measuring cup, combine ¼ cup water and ¼ cup of the sugar. Microwave for 1 minute on full power to dissolve the sugar, or, on a conventional range, bring to a boil in a small saucepan and cook until dissolved. Set aside.

2. In a heavy saucepan, or a double boiler over medium-low heat, combine chocolate and butter, whisking continuously until melted and of a creamy texture. Whisk or mix in the schnapps and 2 tablespoons of the sugar mixture. Taste and add the remaining sugar mixture, if desired. Set aside for later use in another recipe or drink.

3. Place the egg whites in a mixing bowl. Using clean beaters for the electric mixer, beat until foamy. Sprinkle the remaining ¼ cup sugar evenly over the top. Beat on high speed to create a soft meringue. Fold the meringue into the chocolate mixture. Serve warm or chilled in footed martini glasses, compotes or wineglasses.