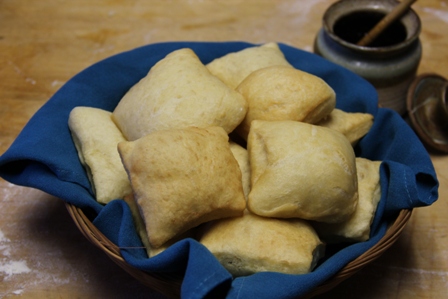 The history,  in old diaries created by  Spanish women relates that about 100 years after the first Conquistadores arrived in New Mexico, the Catholic clergy began erecting churches throughout New Mexico--in each of the 19 Pueblos and other settlements.   The amazing fact is that the original settlers came here to avoid Catholicism, but their heirs adopted it a few generations later.  The crown in Spain funded the clergy to enable them to construct the churches.

To attract the native peoples to come to church, the Spanish women started making treats from their European traditions and served them to all who came to church.  You see,  the Spanish women  felt forever grateful to the Pueblo Indians who so graciously taught them how to  cook and survive in the barren  high dessert climate of New Mexico  and they felt they wanted to share their culture with the natives.

It was with these thoughts in mind that the Spanish women created the first sopaipillas on that day.   What made the sopaipillas so very special is that before the Spanish came the Indians had no fat for deep frying, no wheat for flour and no sugar or leavening agents.  Just think if you had your very first doughnut at middle age--they were so very well received. 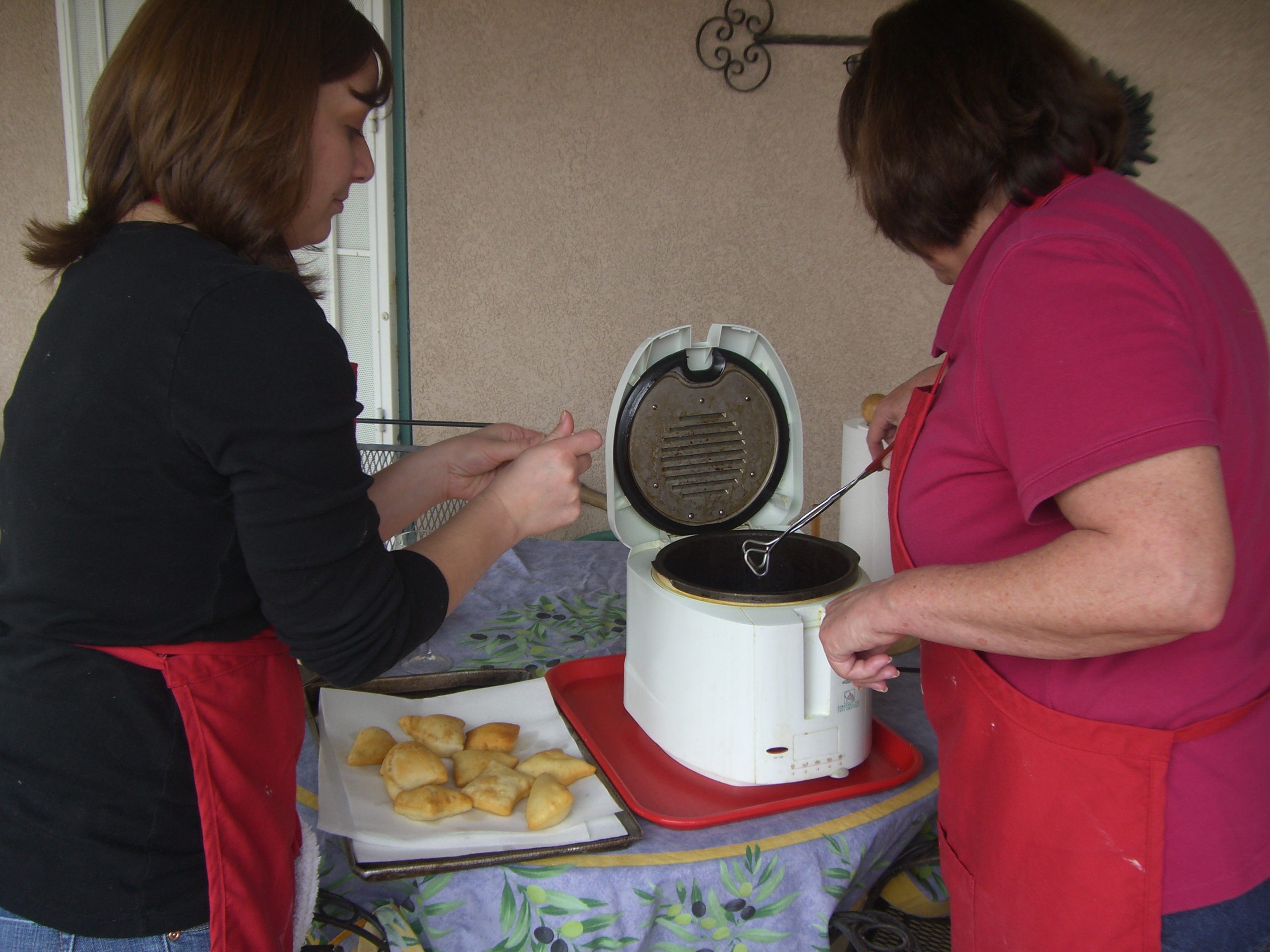 Amazingly, sopaipillas have never been nationalized, they have pretty much stayed in central and northern New Mexico.  We do have a very good mix that is so easy to use for creating your very own sopaipillas on sale  for 20% off for the next three days.

If you would like to learn to make sopaipillas  from scratch as well as learn the hints and tips for huge success,  come join our weekend, set of October 8 - 10 or our week long class set  October 25 - 29, 2021.

If there ever is any leftover, they can be reheated in a low, 250F, oven to warm them and can be served again as a bread or stuffed with almost any filling you would use in a taco or burrito.  In fact several years ago, there was a chain of Stuffies that specialized in stuffed sopaipillas in Albuquerque. 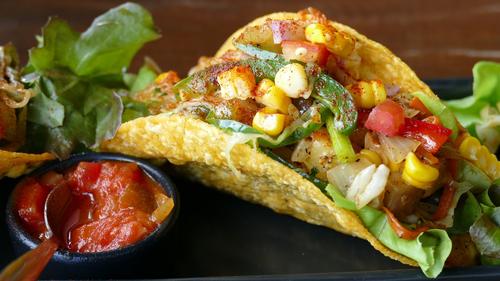 1. Fry tortillas (or warm them on a hot griddle or comal) on both sides in ½ inch or more of hot oil. Fry each tortilla on one side until slightly crisp, but still pliable, then turn and fold in half. Allow one side to become crisp, then turn and fry the last side. You may want to fry several taco shells at a time and freeze the extras. For soft tacos, wrap tortillas in foil and warm in a 350 F oven for 15 minutes.

2. Lightly sauté the ground beef in a large skillet, then add the seasonings and cook and stir until well blended and the ground beef has lost its pink color. Drain off excess fat.

3. Place meat in the taco shells. Add the chopped onion, tomato, lettuce and cheese in layers. Heat briefly in a 450 F oven to melt cheese. Serve nested with extra lettuce and a side dish of salsa.  Slasa Fresca, is the original salsa of Mexico.   Recipe follows.

Note:  For calorie watchers,  you can save 50 calories a tortilla  by warming the tortillas instead of frying.

This refreshing sauce can be as mild or as hot as you like, depending on the chiles used. Any leftovers of this sauce can be added to guacamole, made into salad dressing or chile con queso, and can be frozen for up to 4 months for later use in cooked dishes. This salsa is the original salsa developed in Mexico and reputed to “save lives” after one of the Revolutions. The salsa has equal parts of red, green and white—just as the Mexican flag does and is reputed that those who had it on their dinner tables at meal time were saved—when the Federales came around to check on their loyalty.

1. Combine all ingredients; allow to marinate for at least 15 minutes. Sauce keeps for 1 week when refrigerated.