Let's Grill and Keep the Heat Out of the Kitchen 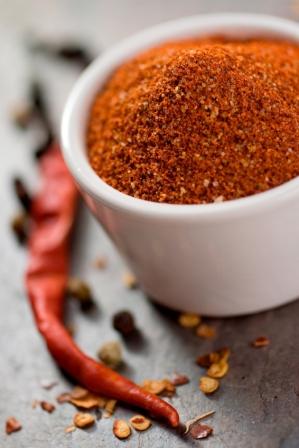 With the sizzling temperatures outdoors, grilling becomes a super idea--keeping the heat out of the kitchen.  Have  you ever tried our Gordon's Rub?  Or any rubs?  Rubs enhance the flavor of meats and vegetables and are very easily applied.  As I remember telling one cooking school attendee during a grilling class, while he was ever so lightly sprinkling a rub on Tilapia steaks for tacos.  I told him, it is not a "sprinkle--it's  a rub" and should be evenly rubbed onto the surface of whatever food you are flavoring.  Our Gordon's Rub is now on sale at 25% off.

(The best way to apply the rub is to place an amount that you think you will use in a small bowl and using a spoon--shake it uniformly over the surface, then rub with your fingers--rubbing it on all sides.  You do not want to stick your fingers that have touched the meat into the bag of rub as you will contaminate it.) 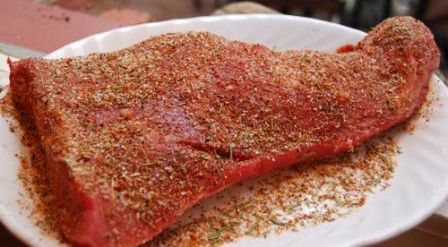 Rubs add character, flavoring foods with greater depth than just salt and pepper and are much faster and easier  than bastes or marinades, which have their place as well.  Especially marinades--which also act to tenderize.

We are having a super sale on our Gordon's Rub at 25% off.  If you order some, we would like to hear how you are using it.  We have even tried it on popcorn which is very special--just supply lots of napkins, especially if you also butter the popcorn.  Actually, the popcorn has a great taste without the butter--saving lots of calories.

Rubs are great on vegetables that you are grilling.  Try our rub on sweet or white  potatoes, corn,  eggplant, squash, onions and most vegetables.

If you'd like to explore lots of new grilling ideas, join us for our next Grilling class on  July 29 at 5 PM  We will feature--

The first 12 registrations will be taken.

Our next weekend class is July 16 - 18 and we are placing it on a special 20% off for this week until Sunday, July 11.   This full participation class features the techniques and tips for successful and fun Traditional New Mexican cooking.  Also, our next week long class will also be on a 20% off special until Sunday, the 11th.

We  have set the dates for next year's  very special Oaxaca Culinary tour for June 14 through 20 and are taking registrations.

Rubs have long been popular in Texas. They impart flavor and are easily applied. Brisket is very easy to cook this way and becomes quite juicy and fork tender.  To prepare, allow a moderate—at least ¼ inch fat layer  on the brisket to create the juicy, tenderness. Gordon McMeen, my deceased husband, a third-generation Texan partially raised in New Mexico roasted briskets for family and friends for most of his life—he estimates that he  “roasted at least a million pounds for church, school and social groups.”  (I am sure that is a real tall Texas exaggeration!)