Highlights of our Oaxacan Tour 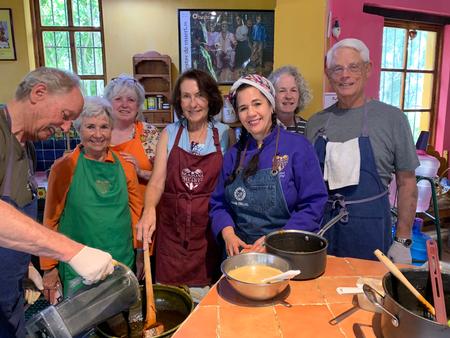 We just got back from our Oaxacan Culinary Tour on June 21, the longest day of the year--and what a blessing to have that extra time to get things done.   We had one of the very most compatible and fun groups ever!  There were six participants plus me. 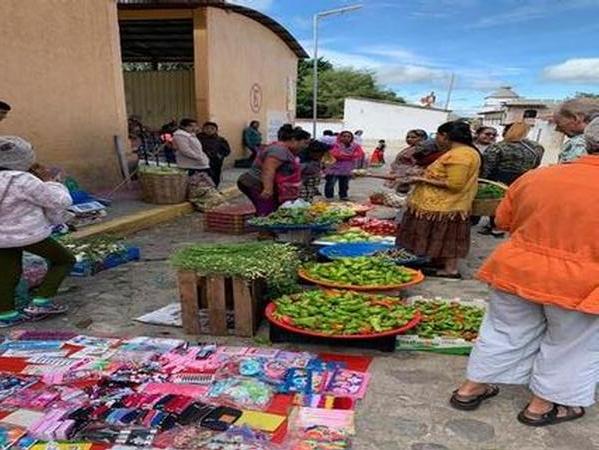 We  had three amazingly great and tasty cooking classes and toured Monte Alban and several villages specializing in pottery, colorful wooden items called abrehay plus plenty of time to  shop the many colorful  vendors and stores and enjoy a margarita or two or...beer...yummy Oaxacan specialties and more.

We had two elegant dinners in Oaxaca's 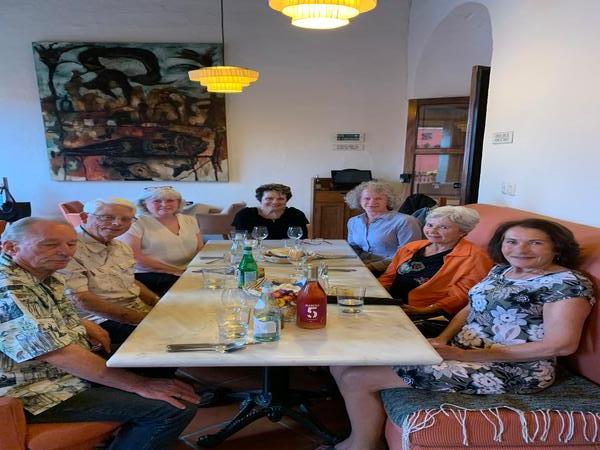 I am sharing some photos of our good times and a recipe for the dessert from Susana's Seasons of My Heart Cooking School.

We learned how cocoa beans are toasted, rolled to a paste on a metate, then a small aount of sugar is added and some ground canela or cinnamon to make various types of cocoa.  One of which was made into our dessert. 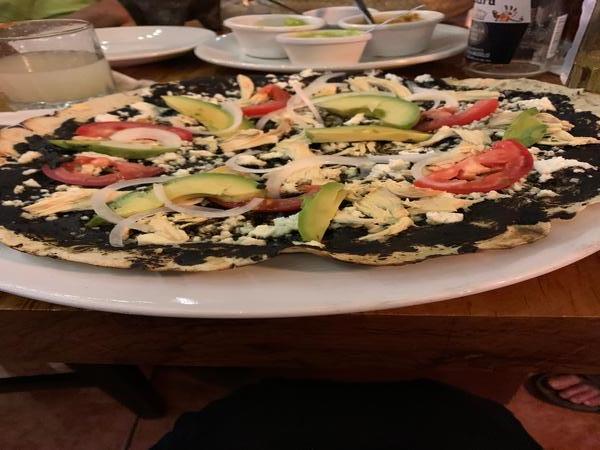 Covid was not a hindrance, just an opportunity to buy a very colorful hand embroidered mask which wasn't always necessary.  The local Oaxacan people were just as friendly as always and even more so to see us after a hiatus last  year. 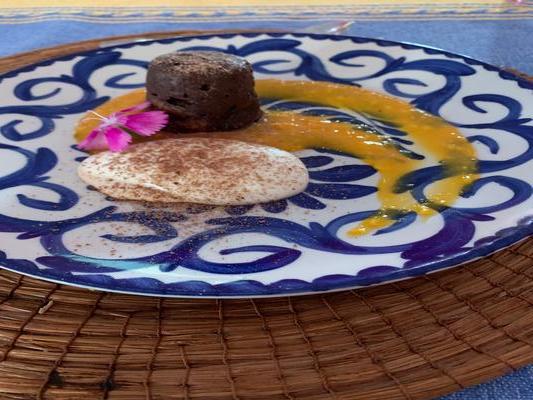 This is a recipe from Susana, the owner of “Seasons of My Heart” Cooking School in the outskirts of Oaxaca in a beautiful dome shaped, Mexican tiled cooking school in a beautiful setting.  This recipe is one she has developed and honed to perfection.  You may freeze the Boudins for up to three months.  The sauce is optional, however a wonderful addition.

1/ In a medium-sized heavy saucepan, over medium heat, reduce the juice and sugar until syrupy.  Set aside to cool, then add the puree and the liquor.  Taste to adjust flavor.

1.  Whip the cream, adding the vanilla.

Assembly:Spoon the Salsa on each serving plate, placing the Boudin the middle of the Salsa.  Top with the whipped cream, then dust with finely grated Mexican chocolate.  Garnish the plate with a small flower and serve.