Did You Know....That Cinnamon Is So Good For You and Now on Sale 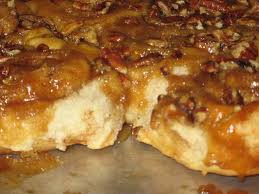 The very best cinnamon in the world has always come from Southern China.  With the fact there is still an embargo on Chinese Cinnamon, the Vietnamese started growing the Chinese Cinnamon and with similar growing conditions, have come up with a very high quality cinnamon-- almost the same as the Chinese and is now called Saigon Cinnamon.

Cinnamon is the very thin outside bark of a special pine tree.  The best cinnamon or canela in Spanish is very thin and flake-like, whereas the Madagascar cinnamon is hard and tough and lacks flavor.  The Chinese or Saigon cinnamon is aromatic, spicey--almost hot or chile like and very flavorful.

We sell the Saigon Ground and stick Cinnamon and now have it on a discount until Friday, May 8, 2020.

Cinnamon is good for your brain and reducing belly fat.  I think almost all of us can benefit from those two very good characteristics!  With so many of us staying home these days--I thought you might like to get some of our great tasting cinnamon and make my Outrageous Cinnamon Rolls or my favorite Flan.  The rolls use the powdered cinnamon and the Flan uses the cinnamon sticks. 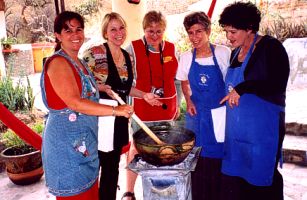 We are still going to take our Oaxaca Culinary Tour and have set the dates for September 15-21, 2020.  I would love to have you join us!

Here are the recipes--

This rich, moist dough is just perfect for any favorite cinnamon roll you might like to make. You can make traditional cinnamon rolls like the recipe directs with the caramel and pecans on the bottom or you can make a ring by keeping the dough uncut until you have joined the long roll of stuffed dough together into a ring. Then transfer the ring of dough to a very well greased baking sheet that is big enough to allow the ring to be round. Make slashes ¾ of the way deep into the stuffed dough and then pull each cut section and fan it out, making an attractive ring of cinnamon rolls.

4 ½ cups to 5 cups all purpose flour, stirring the flour to fluff, then spooning into a dry measuring cup

1. Dissolve yeast in warm water. Stir in milk, sugar, salt, eggs, butter, and about half of the flour. Mix using a dough hook until a soft dough results. Continue to add flour about ½ cup at a time until a firm dough results. Place on lightly floured board and knead to develop the gluten. When well kneaded, the dough should be firm and satiny and a small pinch of dough when pulled apart result in strings.

2. Place the mixing bowl over dough and let rise until doubled. When dough has doubled, roll into a rectangle about 15 by 9 inches. Spread with ¼ cup of the melted butter allowing about a 1 inch margin with no butter on the far side of the longest side, placing the remaining butter in the bottom of a 13 by 9 by 2 inch pan. Sprinkle ¼ cup sugar over the dough. placing the remaining sugar evenly sprinkled across the butter. Place half the pecans over the dough and the remaining half over the bottom of the pan. Sprinkle evenly with the cinnamon. Roll the dough lengthwise and seal together by pinching the long edge tightly. Cut into 15 to 16 slices and place on top of the butter sugar mixture.

3. Cover with a cloth and set in a warm place and allow to double in bulk, then place in a preheated oven to bake until lightly golden. Immediately turn out of pan onto a platter and scoop out the remaining caramel over the top of the rolls. Enjoy the finger licking fun!

Years ago, my Mexican aunt shared this, her favorite flan recipe. It is fool proof if you carefully follow the instructions and it is so delicious.

Notes: One large flan can be made if preferred. It will take longer to cool and must be made one day or more in advance.

This recipe can be halved successfully.