It's getting chilley--Time for Chili 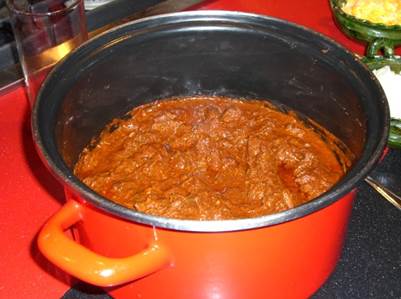 Chili is one of the most versatile dishes or foods on earth.  And it is as American as Apple Pie.  There are so many, many ways to make chili and yet the dish came from very humble beginnings.  It was the food that fed the cowboys working the trail to the end of the railroad where they could load their cattle for sale in the Eastern US.  One of the most popular rail heads was Dodge City, KS for the Santa Fe Railroad.   (As an aside, my Maternal Grandfather was an executive with the Santa Fe Railroad and told me lots of stories about  the early railroad days.)

You might ask—“why were they herding the cattle from such long distances as Texas and Northern Mexico?”  Well, it all started with the Alamo.  “Why you might ask?”   After the sparse population living in Texas was successful in protecting their rights to the land they occupied from the  far superior Mexican army—the Texans decided they needed “help” or additional population to assist them in keeping  their property and space away from invaders.

So, they advertised “Free land” in  newspapers in Europe.  Many Germans and some others took them up on it and brought their beautiful herds of cattle to Texas without thinking about the fact that in such a sparsely settled area, there was very little demand for beef.  By the way, that is why so many early Texas border recipes were so “heavy with beef” as they had little other meat choices to cook with.

And, there were many controversies about eating so much beef.  Many women thought that beef soups, such as chili were the "soup of the devil", since that was the main prison food.  In fact, for over 30 years, the School Board of San Antonio made it illegal to feed the school children chilis. 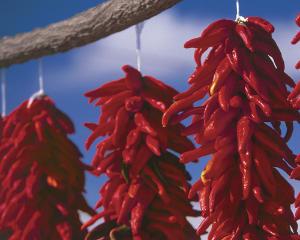 The original chili was quite simple--just chunks of beef in a chile laden sauce made with chile pods, onions, garlic, salt and perhaps cumin.  Then you ask--how did beans and all the  vegetables get in chili?  Simple.  With the cattle drives, as they crossed the  border into Oklahoma--the pot was often getting rather thin or had very little chili left--and they could not stop the movement of the cattle, so they added beans to thin it out.  Since they ate chili three times a day, the chili cooks  had to keep a watch on the pot to feed the cowboys.   And,  later, they added tomatoes, to  give the chili a red color, so tomatoes and other vegetables got added until they made it to "Dodge".

And, now you can so easily get our pure Pecos Valley Spice Co. chilies, which make the best chili.  Chili powder was a concoction created for the Confederate Army marching out of Texas to use for flavoring the stews they were going to make on the road to battle.  The original formula, which hasn't changed much was 40% salt, 40% ground chiles and the remaining 20% was flavorings, preservatives and additives.

If you haven't tasted real "honest to God bowl 'o' red, the original chile" made with pure ground chiles, you haven't had the real "thing".  You should try our Bowl 'o' Red recipe in the recipe index of this website with fixins' 'n mixins'.  By the way we always make it in our weekend and week long classes.  Our next weekend class, which has only a few openings is November 4 - 6 and our next week long class is April 24 - 28.

In the meantime, I will be teaching a Red Chile Fiesta October 27 and two holiday classes titled Holidays in New Mexico December 8 and 15.  (Note:  There are only 2 places left in the December 8 class.)  I will be developing a schedule for the spring very soon and look forward to cooking with you and hearing from you.

For those of you who make tamales or want to learn how to make tamales, I have a Tamale Making video which you can purchase.

Here's a couple of chili recipes for you to have fun with. By the way--chili freezes very well, so it is always good to make a large batch and portion it off for freezing and several easy meals later. 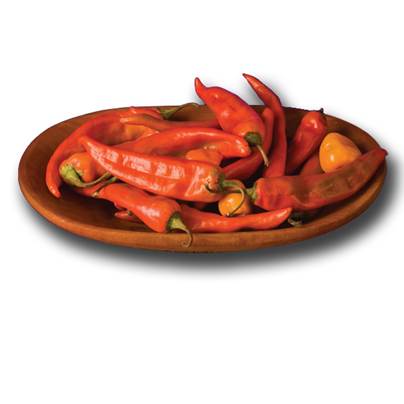 Blue cheese is an unlikely ingredient in conventional chili, although other types of cheese have long been chili “tamer downers” and a favorite fixin’ and mixin’. Since I have always really liked blue cheese in any form, I decided to see if it’s wonderful flavor would give a great-tasting “edge” to chili—and it sure does. Try it!

1. Melt the bacon drippings in a large pot over medium heat. Add the onion and cook until it is translucent, about 5 minutes.

2. Add the garlic and chicken and cook, stirring, until the chicken begins to brown, about 4 minutes.

3. Add the broth, green chiles, and potato to the pot. Simmer until the chicken is cooked through and the potatoes can be pierced with a fork, 30 to 40 minutes.

4. Taste the chili and adjust the seasonings as needed, adding salt to taste (many chicken broths and bouillons are so loaded with salt that none is needed). Spoon the chili into individual bowls, and scatter the blue cheese over the top of each serving.

Note: To make “rich” chicken broth, simply simmer regular chicken broth (canned or homemade) over medium heat until it is reduced by half, 15 to 20 minutes (in this case you would begin with 6 cups broth and cook it down to 3.) Or, if using a bouillon concentrate, double the amount of concentrate.

Around Thanksgiving time, you may want to make this spicy turkey chili for enjoying later on cold winter nights. You can simmer the turkey bones to get the broth or if you feel pressed for time, use chicken broth. You can vary the ingredients to suit yourself—use a starchy vegetable, corn or a type of bean to make this a one bowl dinner.

1. Coarsely chop the chorizo and sauté in the bottom of a large saucepan or pot. Drain most of the visible fat, leaving a thin coating on bottom of pan.

2. Add onions and cook until clear. Add garlic and stir together. Then add the broth, beans, tomatoes, jalapenos, chile and ½ of the cumin. Simmer together for about 15 minutes. Taste and add turkey. Simmer another five minutes or to blend the flavor. Add remaining cumin and simmer briefly. Serve with tortilla strips and cilantro sprigs.